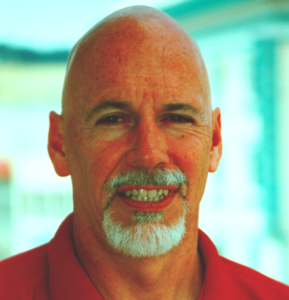 Dr. Kevin Danaher is a Co-Founder of Global Exchange, FairTradeUSA, the Green Festivals, the Environmental Service Learning Initiative, and the Green Guardians. He has played a major role in Global Exchange’s 28-year record of merging social enterprise with human rights activism. His 1983 PhD in sociology from the University of California at Santa Cruz was based on his dissertation, The Political Economy of U.S. Policy Toward South Africa, which allowed him to synergize his academic work and his international activism in the anti-apartheid movement. He has travelled widely in Africa, Latin America, the Caribbean, the Middle East, China, Europe and all 50 U.S. states. He is the author or editor of 12 books on the global political-economy, including his two latest, “The Green Festival Reader: Fresh Ideas from Agents of Change”; and “Building the Green Economy: Success Stories from the Grass Roots.” He has appeared on hundreds of radio and television shows, and he has spoken at colleges and community organizations in 47 states and many foreign countries. Described by The New York Times as the “Paul Revere of globalization’s woes,” He teaches at Feather River College in Quincy, California.