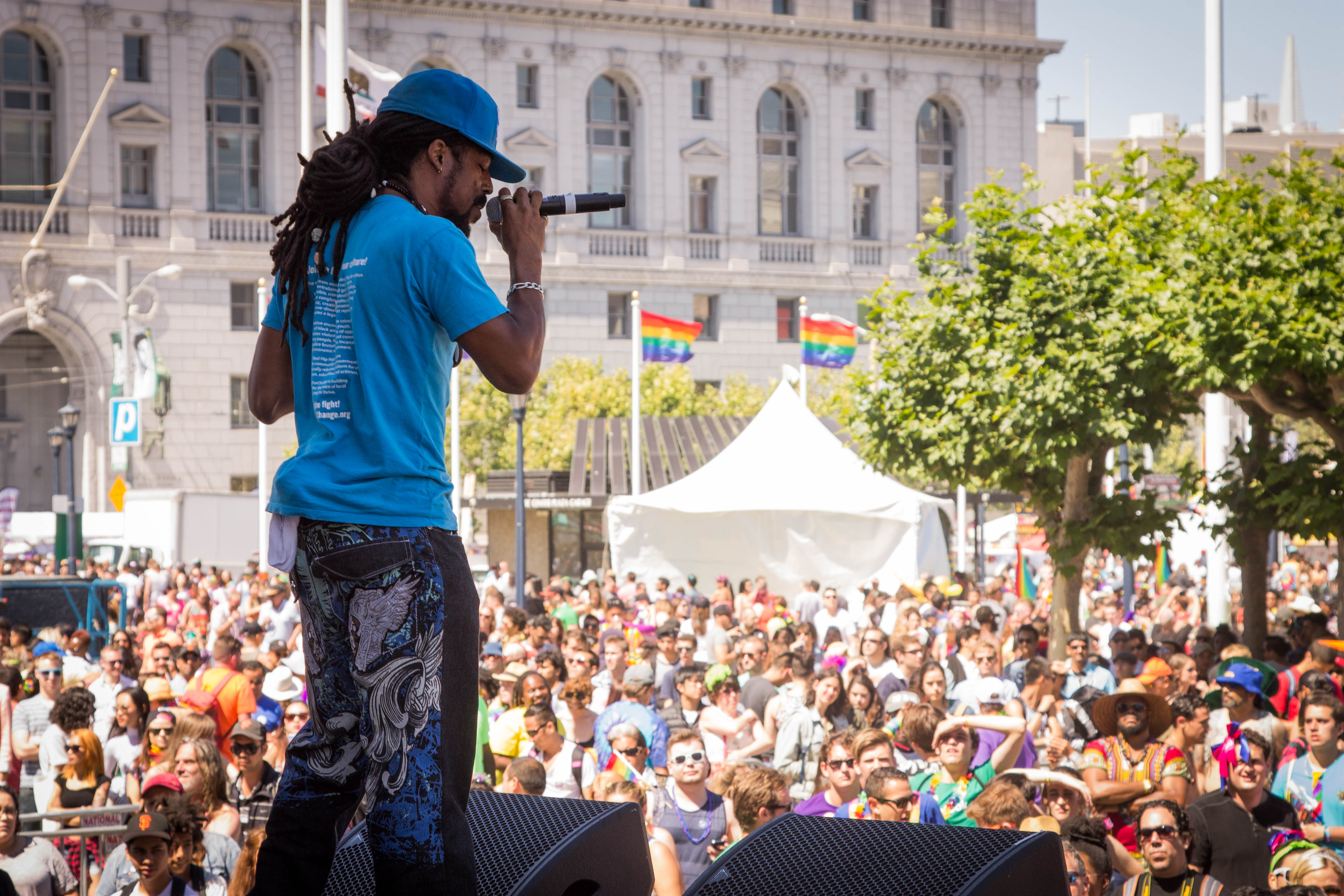 Khafre Jay might be the hardest working man in Bay Area Hip Hop.  He’s rocked with legends in 38 states like Rakim, Method Man, Dead Prez, Krs1, Jean Grae, and even Tone Loc to name a few. He is a veteran of the Bay Area music scene, and is an accomplished stage performer with over 25 years of experience on the stage, performing in almost every state. Along with his history in theater, choir, and Jazz trumpet, he understands what it means to be an MC. Khafre’s brand of hardcore, revolutionary, anti-misogynist, community oriented Hip Hop, mixed is a plus on any stage.  From the street corners of Hunters Point San Francisco, to the halls of elementary schools, to the main stage of the Democratic National Convention, if you want your audience to be moved, Khafre Jay is your answer. Khafre’s experience in merging activism and expressive cultural arts has led him to found HipHopForChange as the next manifestation of his ongoing work. He has spent many years doing work with disadvantaged young people, using his hip hop roots to bridge social gaps, and help kids find identity through their culture. He never slows down.