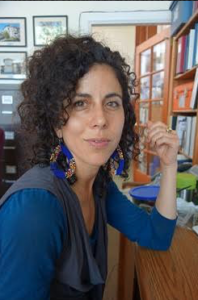 Marissa Ashkar is from The People of Color Sustainable Housing Network (POCSHN) is a resource network for people of color interested in building intentional, healthy, and affordable housing communities in the San Francisco Bay Area and beyond. Since starting in February 2015, it has grown to become an intergenerational network hosting quarterly potlucks, tours, study groups, and educational workshops. The network was established in response to extreme increases in housing costs, rapid gentrification, and the lack of socio-economic diversity among the intentional community movement across the United States.

Beyond Diversity to Liberation: Intentional Communities as platforms for social justice

Tales from the Trenches: The realities of life in intentional communities

Tags: Beyond Diversity to Liberation: Intentional Communities as platforms for social justice, Co-presenting Panel: Tales from the Trenches: The realities of life in intentional communities