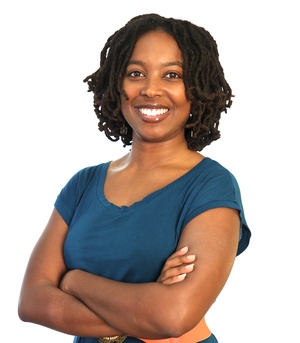 Over the last ten years, Nikki has been a thought leader in creating social equity for underrepresented populations in food systems, social services, public health, climate solutions, and economic development. She had the honor of being named one of The Root’s 100 Most Influential African Americans in 2014.

Nikki has driven change both locally and nationally. During her time as Executive Director at Green for All, Nikki led initiatives that placed vulnerable communities at the center of the climate fight. As the former Executive Director of People’s Grocery in Oakland, Nikki increased the organization’s profile as a national thought leader on food systems development for vulnerable communities.

An accomplished public speaker, Nikki is equally comfortable in dialogue with a small class, a full auditorium, or a stadium of 10,000 (which she had the honor of speaking to in Italy, at the Terra Madre bi-annual conference). A versatile presenter, Nikki offers both workshop-style talks in addition to inspirational speeches, and her past engagements have included Bioneers, the Environmental Grantmakers Association Annual Conference, the Business Alliance of Local Living Economies Conference, the World Information Transfer Conference hosted at the United Nations, TEDx, and dozens of colleges and universities.

In addition to public speaking, Nikki regularly provides thought leadership in a variety of mediums, from written publication to television. BET.com, the Huffington Post, and the San Francisco Chronicle have featured her writing, and her recent television appearances include All In with Chris Hayes and the Melissa Harris Perry Show on MSNBC.

Nikki began her work in social change through the foster care system in Southern California, where she directed Foster Youth Empowerment Workshops. She has a master’s degree in African American Studies from UCLA, and is originally from Los Angeles. She currently lives in Oakland, with her husband.