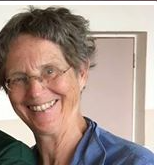 Ann Kreilkamp is the founder of Green Acres Permaculture Village, which began as a neighborhood garden in 2010 and has morphed into a village inside a suburban neighborhood in a midwestern college town with three homes and permacultured grounds. She holds a Ph.D. in Philosophy, was fired from (now defunct) experimental New College of California in 1973 for being “too experimental,” founded and published several alternative magazines, including Crone Chronicles: A Journal of Conscious Aging (1990-2001), served 20 years as a columnist in Sagewoman magazine, is a long-time teacher, presenter and consultant in astrology, author of the award-winning book This Vast Being: A Voyage through Grief and Exaltation, and for the past eight years, a near daily blogger.