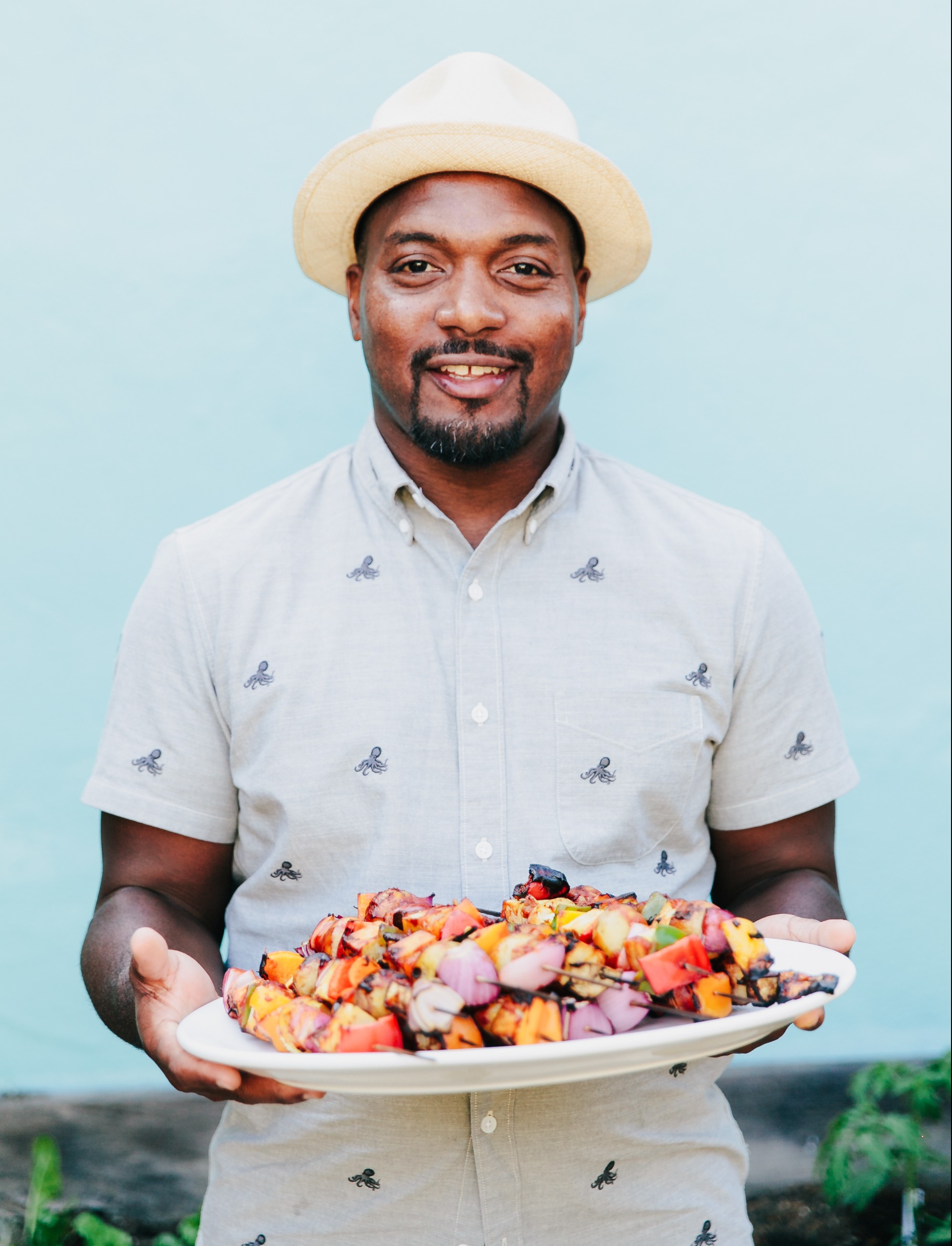 Bryant Terry is a 2015 James Beard Foundation Leadership Award-winning chef, educator, and author renowned for his activism to create a healthy, just, and sustainable food system.  He is currently the inaugural Chef-in-Residence at the Museum of the African Diaspora (MoAD) in San Francisco.  In regard to his work, Bryant’s mentor Alice Waters says, “Bryant Terry knows that good food should be an everyday right and not a privilege.” Bryant’s fourth book, Afro Vegan (named one of the best cookbooks of 2014 in June 2014 by Amazon.com) was published April 2014.  He is the author of the critically acclaimed Vegan Soul Kitchen: Fresh, Healthy, and Creative African-American Cuisine, which was named one of the best vegetarian/vegan cookbooks of the last 25 years by Cooking Light Magazine.  As an exclusive speaker signed with the Lavin Agency, Bryant presents frequently around the country as a keynote speaker at community events and colleges, including Brown, Columbia, NYU, Smith, Stanford, and Yale. Bryant is the host of Urban Organic—a multi-episode web series that he co-created—and he was a co-host of the public television series, The Endless Feast. He is a featured expert in the documentary film Soul Food Junkies, and he served as an advisor and made an appearance in the documentary film What’s on Your Plate and the PBS educational film Nourish: Food + Community. Bryant’s education efforts and activism have earned him numerous accolades. In 2002 Bryant founded b-healthy (Build Healthy Eating and Lifestyles to Help Youth), a multi-year initiative in New York City designed to empower youth to be more active in fighting for a more sustainable food system. Bryant lives in Oakland, California with his wife and their two daughters.