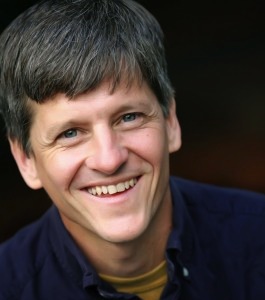 Jon Young is a nature connection mentor, naturalist, wildlife tracker, peacemaker, author, workshop leader, consultant, sought after public speaker and storyteller. As a leader in the field of nature-based community building over 30 years, Jon’s research into the impact and significance of nature on human intelligence and development has influenced tens of thousands of people worldwide.

Trained from an early age by renowned animal tracker Tom Brown Jr. , and later by Lakota elder Gilbert Walking Bull and many other indigenous leaders from around the world, Jon has delved deeply into the arts of nature awareness, holistic tracking, bird language and ancestral living skills– fundamental knowledge that shaped the formation of human neurobiology and the way our species connects and learns. He has appeared as an expert in numerous documentaries concerning nature and ecology and travels to teach widely throughout North America, Europe, Australia and southern Africa.

Jon has authored and co-authored several seminal works on nature connection and connection mentoring, including What the Robin Knows: How Birds Reveal the Secrets of the Natural World (2013), and Coyote’s Guide to Connecting to Nature (2007). In 2016, he received the Champion of Environmental Education Award for his innovative work, which has inspired positive developments in the field, and fostered the growth of the nature connection movement on a global level.

As co-founder of the 8 Shields Institute and OWLink Media, Jon has established an international network of consultants and trainers working to cultivate effective nature connection mentoring programs in communities and organizations. As the originator of the 8 Shields model, a best-practices process for nature connection mentoring, Jon has implemented vital advancements in the regeneration of nature-based cultural knowledge for the benefit of current and future generations.