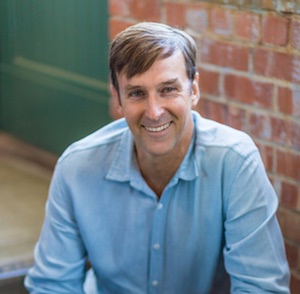 John W. Roulac is the founder and CEO of Nutiva, the world’s leading organic superfoods brand of hemp, coconut, chia, and red palm.

John founded Nutiva in 1999 with a mission to nourish people and planet. In 2002 Nutiva along with the HIA, Dr Bronners and Nature Path sued the U.S. DEA in the 9th Circuit leading to a successful ruling in 2004 that cleared the way for hemp foods to be legally sold and consumed.

He helped jumpstart the modern home-composting movement in the early 1990s and has written four books on environmental topics that have combined sales of over one million copies.

A longtime advocate for healthy people and ecosystems, John has founded 5 nonprofit ecological groups. In the fall of 2012 John founded GMO Inside, a group dedicated to educating people on the dangers of GMO foods. Nutiva via its 1% of sales program has donated over $4M to groups promoting sustainable ag including VoteHemp and the HIA. John is also co-producer of the Kiss the Ground movie scheduled for a 2018 release. To learn more about John;s work visit http://johnroulac.com