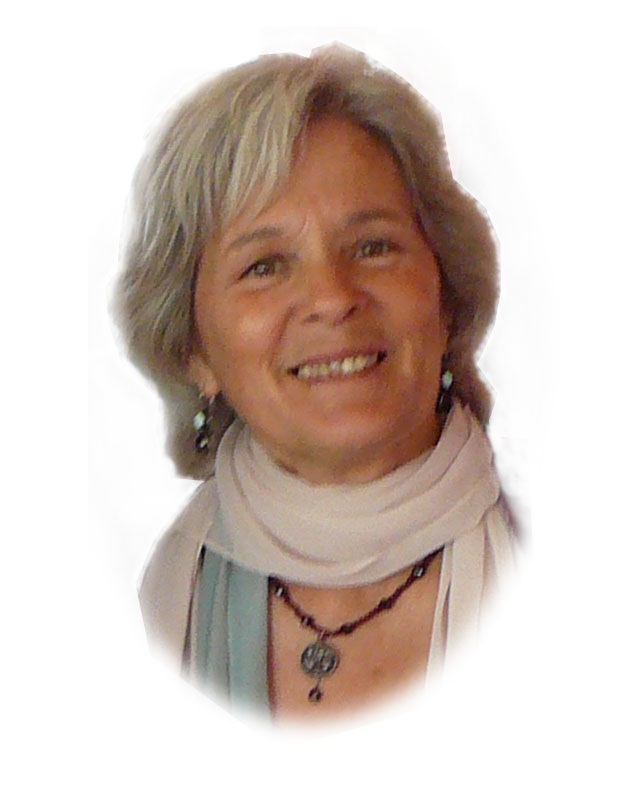 Judith is an Ordained Metaphysical Minister, a Pagan Priestess, a Certified Home Funeral Guide and Death Midwife, a Health Practitioner, a Gardener and Garden Consultant, a Mother, a Grandmother, a Peasant woman reincarnated, and a Wild Dancer.
She has a professional background in nursing, and has maintained a Health Consultant Practice for over 35 years. Her love of the soil and its care, and its inter-relatedness to everything, underlines her work and energy. As a Ceremonial Facilitator, she weaves an understanding of the chakra system, sound healing and earth-centered traditions, into a fabric of self-expression and life practice. Creating life passage ceremonies, co-creatively with participants, from birth, to marriage, to death, fills her with the joy of a shared experience of transformation. She offers Labyrinth Quests in her co-created seven-circuit garden labyrinth. This is an offering of earth-wisdom and the experience of walking a labyrinth as a meditative practice and metaphor for life.

The practice of honoring death’s passage, with respect for all traditions and perspectives is an integral part of her work. Assisting families and friends in caring for their beloved when they are, or have passed on, into the mystery, is one of the deepest and most profound experiences in her life. In this capacity she has worked for over 15 years, with Jerrigrace Lyons, The Founder/Director of Final Passages – Institute of Conscious Dying, Home and Family Funerals, and Green Burials. She is an avid supporter of Final Passages, a Speaker-Advocate of home funerals and green burials, and a Chaplain assisting people in their bereavement process as well as educating families to accomplish their own home funeral. Although she has written a number of articles, this is her first book.

Rev. Oberon Zell
Co-author and artist Oberon Zell holds a bachelor’s degree in psychology, sociology and anthropology from Westminster College in Fulton, Missouri, and went on to graduate studies at Washington University in St. Louis. His seminal work on the Gaea Thesis in the early ‘70s has helped foster a growing awareness of Earth as living Mother.

A founding father of modern Paganism, Oberon has pursued a broad spectrum of interests over half a century, ranging from mysticism and philosophy to art and writing. He is one of the most highly-regarded figures in the new movement of “green religion” that emerged in the latter half of the 20th century, and his influence has spread far beyond that movement, helping to bridge the gap between spirituality and science.
Oberon is a lecturer, author, philosopher, ecologist, shaman and artist. Initiated in several mystical traditions, he is an ordained priest of the Earth Mother, Gaea, and co-founder of the Church of All Worlds, incorporated in 1968.

Oberon’s literary accomplishments are similarly wide-ranging. He founded the groundbreaking journal Green Egg and served as its publisher for four decades. His book titles include Grimoire for the Apprentice Wizard, Companion for the Apprentice Wizard, Green Egg Omelette and A Wizard’s Bestiary. With his wife Morning Glory, he co-wrote Creating Circles & Ceremonies: Rites & Rituals for All Seasons and Reasons, as well as their life story, The Wizard and the Witch.

An award-winning artist, Oberon has illustrated countless magazines and books since the 1960s. But he is best known for his magickal jewelry and figurines of Gods, Goddesses, and mythical creatures. His most famous work is his revelatory sculpture of “The Millennial Gaia.”
Oberon is also the founder and Headmaster of the online Grey School of Wizardry, which offers more than 500 classes in 16 departments for students aged 11 and older. In addition, Oberon regularly presents workshops and seminars, and has officiated at spiritual ceremonies involving as many as 4,000 participants. He currently resides in Northern California.

2018 Convergence Workshop: How we treat the Soil is how we treat everything – including Death